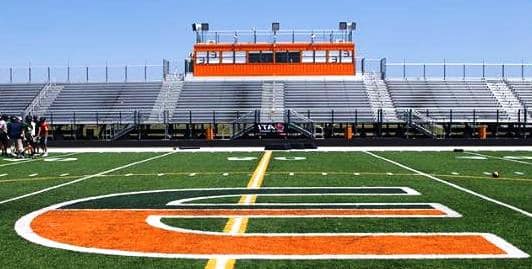 Plainfield isn’t a huge town and maybe it isn’t considered a city but none the less it is a beautiful place filled with many different things including an East side.

The East side of Plainfield Illinois is also filled with history. So much history that it includes an East side historic district and a Museum. The East Side Historic District was approved by the Village Board on November 3, 2008. This district includes 35 residences and four of these residences are designated as local landmarks. It includes residences built in various styles including: Queen Anne, Italianate, and Colonial Revival that were constructed between the time frame of 1850-1950. Don’t worry we’re not done yet!

There is certainly much more to do on the East side. From repair shops, grocery shopping or going for a little jog down a beautiful scenic path to peacefulness to going out to eat to one of the many restaurants, getting your nails done, fishing, learning how to ride a horse and the list goes on and on. Have something else on your mind? The possibilities are endless. Type it into the inter webs and let the searching begin.

Auto Repair In Plainfield
Thursday, November 10, 2016
★★★★★
“ I had a great experience with Last Chance Auto Repair. I have never needed a real auto shop until now. Up until now, my dad was my mechanic, since I drove newer cars that didn't need more than regular maintenance. I didn't even know the first thing about calling a tow truck. Who do I call? Where do they take my car? My husband's car wouldn't start on a Tuesday morning. After replacing the battery, the car still would not start. On Wednesday morning, I called Last Chance, who has their own towing service. By Wednesday afternoon, tow truck driver Zach had picked up the car. By Thursday afternoon, I spoke with Sheri who quoted me exactly what the problem was and the price. She followed up with a second phone call to tell me that, in order to replace the starter, they had to remove and replace something to get to the starter. The heads up was much appreciated; I like that I can trust this place to contact me before ringing up a bill in my name. I didn't hear from anyone all day Friday, so I called on Saturday afternoon to investigate. I spoke with Ron, whom I spoke to during several other phone calls, but I could tell by his tone that he was definitely distracted and busy. There's a reason he works with cars and not people. Don't let his dry humor or shortness deter you from getting your car fixed here. The car was ready to pick up on Saturday, so we drove over. The garage is tiny, and it seems that there aren't a ton of employees, so if you're ringing their phone off the hook, there probably isn't anyone there manning the phone. It was a little frustrating at times talking to Ron, he always sounded surprised ("we have a Honda Accord here?"), but during most phone calls he was quite pleasant. Zach and Sheri were also very courteous and polite on the phone. When all was said and done, replacing the starter (including some gaskets and something else), plus the cost of the tow truck, minus the 10% off Yelp check-in deal, we spent around $450 - basically a car payment, which is by far better than being strapped with monthly payments.”
- Angela P
East Plainfield
12052 S Naper Plainfield RdPlainfield,IL
8155770327$100 - $130 Overall rating: ★★★★★ 5 based on 108 reviews.
5 1
Anonymous

We currently have an opening for a talented, motivated, and energetic individual to work as an automotive #oilchange, lube, tire, #entryleveltechnician.As an automotive oil change, lube, tire technician, you will be performing oil changes, suspension, steering, chassis lubrication, tire installations and other basic automotive repairs. We are looking for an individual to join our team that can grow with our company, a fast learner, someone that will benefit from our free training which in return will make more money.Last Chance Auto Repair For Cars Trucks12052 S Naper Plainfield RdPlainfield, IL 60585815-577-0327#nowhiring #hiringnow #job #hiringimmediately #hiring #plainfield #naperville #Bolingbrook #Romeoville #oswego #aurora #jolietwww.facebook.com/job_opening/961042041117078/?source=share ... See MoreSee Less

When this happens, it's usually because the owner only shared it with a small group of people, changed who can see it or it's been deleted.
View on Facebook
· Share

Looking for a car mechanic shop in Plainfield near me, Naperville, Bolingbrook, Chicagoland you can count on that services your particular year, make & model? Call our team at 815-577-0327 today hence now!posts.gle/tCC4EwkfdBoDnzNd7#MechanicShopInPlainfield ... See MoreSee Less

“Searching for an car mechanic shop in Plainfield near me, Naperville, Bolingbrook, Chicagoland you can count on that services your particular year, make & model? t.co/RnTwWy1chk #MechanicSh...
View on Facebook
· Share

Searching for an automotive mechanic shop in Plainfield near me you can count on that services your particular year, make & model?Wondering what kind of vehicles we service for Plainfield, Naperville, Bolingbrook, Romeoville, Chicagoland, plus beyond over at Last Chance Auto Repair? With over 200+ years of combined auto service knowledge under our belts, we’ve seen & serviced just about everything. We are complete auto care and we can’t call ourselves complete auto care without the training, experience, & knowledge to back it up. How can we help you?Call our team at 815-577-0327 now!www.LastChanceAutoRepairs.com#CarMechanic #MechanicShopPlainfield ... See MoreSee Less

Searching for an automotive mechanic shop in Plainfield near me you can count on that services your particular year, make & model? Wondering what kind of vehicles we service for Plainfield, Naperville...
View on Facebook
· Share