Need a catalytic converter replaced near me, Plainfield, Naperville, Bolingbrook, Romeoville, Chicagoland or nearby suburbs? 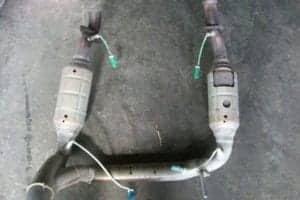 Catalytic Converter Shop Near Me

Vehicles these days are typically all equipped with cats aka catalytic converters, which help control the emissions gasses that are emitted by a vehicles combustion engine. The main duty of a catalytic converter is to convert harmful pollutants into less harmful emissions like water, carbon dioxide, nitrogen, which are much healthier for the environment.

Catalytic Converter Replacement
Tuesday, April 20, 2021
★★★★★
“ Ron at Last Chance Auto Repair is awesome. I like that he's honest and tells it like it is. I've been taking my cars here for years. Highly recommend.”
- Alicia Alfaro

Catalytic Converter Replacement
Tuesday, April 20, 2021
★★★★★
“ Very professional! Did great work on my vehicle! I am very pleased with the above and beyond service I received and would highly recommend them to everyone!”
- Laura Sterling

Catalytic Converter Replacement
Tuesday, April 20, 2021
★★★★★
“ Great family owned place. No baloney no hassle. Got my car up and running same day I brought it in. Highly recommend this shop. They don't have shops like this these days. Glad some are still around.”
- DJ
Catalytic Converter Replacement Near Me
12052 S Naper Plainfield RdPlainfield,IL
8155770327 Overall rating: ★★★★★ 5 based on 102 reviews.
5 1
Anonymous 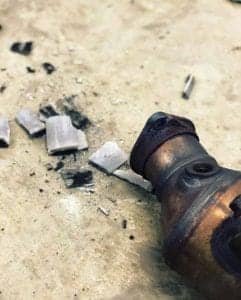 • Is your check engine light flashing?
• Lack of properly tuning up your vehicle.
• Faulty spark plugs and or ignition cables.
• Oxygen sensor not functioning properly.
• Fuel getting into your exhaust system.
• Oil or antifreeze entering exhaust.
• Faulty exhaust components.

The most common reason that our team of catalytic converter/exhaust experts over at Last Chance Auto Repair replaces catalytic converters is hands down due to spark plugs that don’t fire or misfires which in return causes un-burned fuel to enter the exhaust system. This un-burned fuel builds up and then ignites inside the converter, which typically results in a partial or complete melt down of the catalyst material.

Symptoms Of A Bad Catalytic Converter 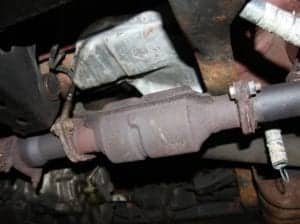 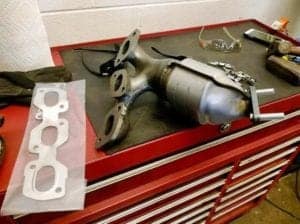 Have you been noticing a sulfur smell or a decrease in fuel economy? Did you fail an emissions test or is your check engine light on and or flashing? Are you suffering from a noticeable lack of acceleration/power or is your vehicle hard to start and or it cranks but won’t start? These are all the tell-tale-signs that it may be time for a catalytic converter replacement Plainfield, Naperville, Bolingbrook, Romeoville, Chicagoland Illinois. It might be a good time to schedule an appointment over at Last Chance Auto Repair. 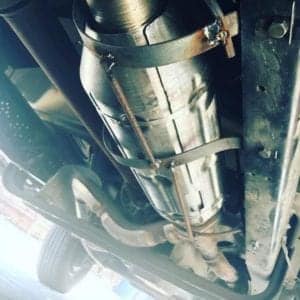 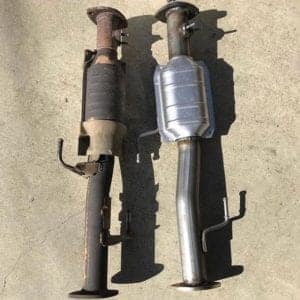 What does a Catalytic Converter job cost you wonder? Well, if  your catalytic converter isn’t covered under some kind of warranty a repair, service, and or replacement can get very costly. To make sure your getting the most life out of your catalytic converter you should follow a few simple steps. Which most importantly includes keeping up on the maintenance as stated by your vehicle’s manufacturer, hence preventative maintenance.

What Is A Catalytic Converter? 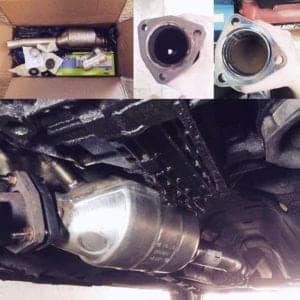 A catalytic converter is an important part of your car’s emission control or catalyst exhaust system. Catalytic converter repair happens to be one of our many services we specialize in. Did you fail your emissions test due to a bad converter? Our team has you covered!

Hot exhaust gases exit your engine then head through your exhaust system to your catalytic converter. Inside this expanded tube is a massive network or ceramic honeycomb. This ceramic checkpoint has been coated with compounds that react with the exhaust to eliminate certain harmful emissions. A catalytic converter works by using heat, combined with catalyzing agents, to create a chemical process that changes hydrocarbons (HC) and carbon monoxide (CO) into carbon dioxide and water. One of the most common causes in emission test failures is a failed catalytic converter. P0420 & P0430 sound familiar?

A catalytic converter “cat” is a device used to convert toxic exhaust emission gases from an internal auto combustion engine into non-toxic substances. The catalytic converter is a key component to helping protect the environment from green house gases. 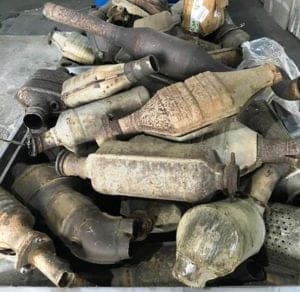 Please, give us a call at 815-577-0327 before you leave to schedule an appointment and confirm a time that works best for all of us. Due to our top-notch quality, superior customer service & competitively priced catalytic converter replacement services, sometimes there is no room to park. Regardless, when scheduled accordingly we have you covered.

More About Your Exhaust System 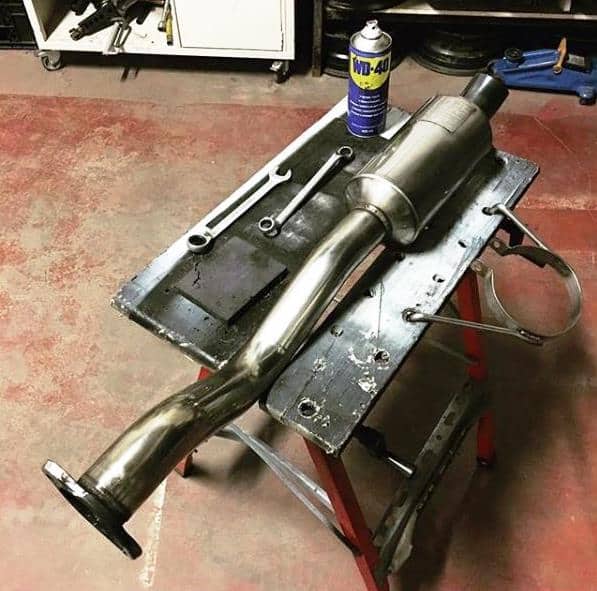 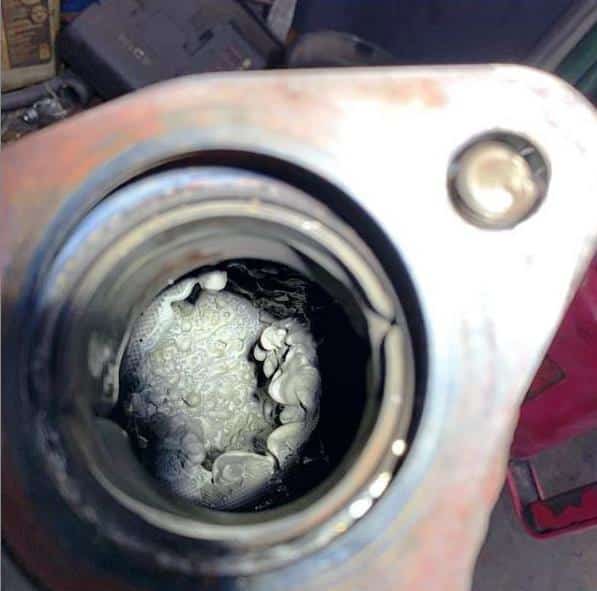 Are you #Sweating to the oldies and or sweating due to your vehicle's #AC isn't working accordingly? Is your vehicle in need of an #AcRecharge due to the #R134a being low or is the system empty and in need of a #LeakTest? Our team of #AirConditioning experts have all your vehicle's #AcService needs covered, all makes & models, domestic & foreign, A-Z. How can we help you #Plainfield, #Naperville, #Bolingbrook, #Romeoville, Chicagoland Illinois?Call #LastChanceAutoRepair now, later, 24-7, to schedule an appointment.#LastChanceAutoRepairForCarsTrucks12052 S Naper Plainfield RdPlainfield, IL 60585815-577-0327#Trust #FamilyOwnedBusiness #FamilyLove #KeepItLocal #AutoRepairNearMe #Cool #Air ... See MoreSee Less

Searching for brake shops near me? In need of brakes Plainfield, Naperville, Bolingbrook, Romeoville? Last Chance Auto Repair's team of brake experts have been servicing brake systems since 1978 for many reasons. Servicing brakes for all makes & models, domestic & foreign, vehicles A-Z. You brake it...
View on Facebook
· Share