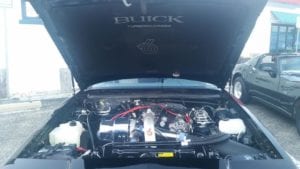 When your Buick is in need of service or a repair who are you going to call Plainfield, Naperville, Bolingbrook, Romeoville, Chicagoland Illinois? When you want the best Buick repair shop near me, you need to call the best.

How can our team over at Last Chance Auto Repair in Plainfield, IL help you? It’s unanimous, if you are due for a Buick repair or maintenance service we are the local #1 choice. Searching for the best, go-to-pro, Buick expert you can count on?

We’ve been offering Buick service since 1978 for a reason. From new to old, stock to performance, when it comes to Buick service we have you covered. People choose our Buick shop due to our dedication, 100% transparency and our love for Buick.

Buick Repair Near Me, Near You, Plainfield, Naperville, Bolingbrook, Romeoville, Chicagoland 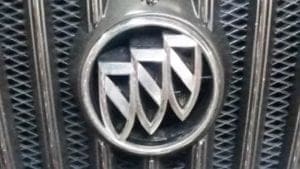 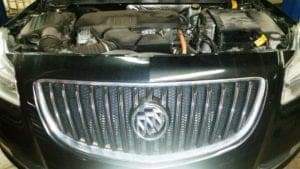 As one of the 1st automotive pioneers in America, Buick has been pivotal in shaping the course of the nation since the early decades of the 20th century. Today, Buick stands as one of the most distinct vehicle brands in the world. Do you own one of the current iconic Buick models such as the Cascada, LaCrosse, Regal, Enclave, Encore, Envision, ever popular Lucerne and or the Verano? Looking for a Buick service shop you can count on, trust & afford?

All Buick vehicles are upscale and refined, with well-crafted interiors and most important of all, they are incredibly reliable. In fact, consumer reports regularly rank Buick ahead of Ford, Chrysler, Cadillac, Chevrolet, and GMC. Just like the Buick’s reliability you’ll need a reliable Buick repair shop that is there for your Buick service needs. Are you thinking who is the best Buick repair shop near me or do you already know? 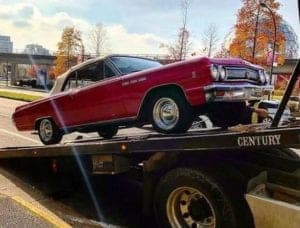 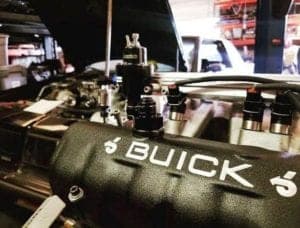 Nevertheless, nothing is peaches and cream all the way through, and since no manufacturing process is truly perfect, all vehicles require maintenance and there are a variety of problems and complaints that are very common of the Buick Brand just like many other if not all other brands on the market today. Is your Buick suffering from a problem?

Whether you are already looking for a Buick Service Shop near you, or you are the proud owner of a brand new Buick that is still covered under the factory warranty, the information that follows may very well prove extremely valuable. 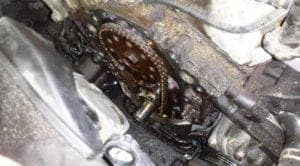 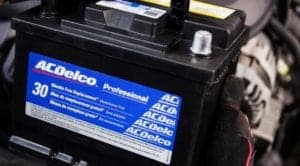 Stretched Timing Chain – One widespread issue that shows up in all Buick repair shops is a stretched timing chain. The engine of a car is composed of a complex system of mechanical parts that interact with one another in a precise dance. One of these hopefully ever flowing components is the nearly famous timing chain.

If you are diligent with your car’s upkeep by changing your oil religiously, a timing chain can last you up to 300,000 miles. Unfortunately, many Buick Enclave owners end up asking themselves, where do I go if I need a Buick repair near me? After a measly 40,000 miles because their timing chains have stretched beyond oblivion.

If you start noticing a distinct rattling noise, especially when you’re at idle, there’s a very real possibility that your Buick’s timing chain is stretched out putting your engine in dangerous waters. Also, look out for metal filings or sludge when you change your oil. Sludgy oil is a good sign that your camshaft is getting knurled by the loose chain.

A stretched or loose timing chain is no laughing matter. If not taken care off properly by your local Buick repair you could end up dealing with catastrophic engine failure.

Is your Buick suffering from a cracked intake manifold gasket & leaking coolant? This is another unfortunate problem that affects many Buicks on the road today. Whether you live in our local Plainfield, Naperville, Bolingbrook, Romeoville, area or anywhere else throughout the general Chicagoland Illinois area, if you drive a Buick, it is likely that at some point or another you may have to deal with this issue. Who are you gonna call?

If you begin to notice engine misfires, a significant loss of acceleration power, or worse than usual fuel efficiency you may have a cracked manifold gasket; especially so if you also notice a strong smell of coolant and strange puddles underneath your car.

These types of engine gaskets are usually pretty sturdy and generally last a long time. However, Buick has had a long-standing issue with a specific type of coolant that corrodes the gasket itself (almost like an allergic reaction), causing it to break down prematurely.

Replacing the cracked gasket is a rather straightforward process and to shops like Plainfield’s Last Chance Auto Repair is considered preventative maintenance. However, many disreputable automotive repair shops will try to take advantage of unwary customers. That is why it is so crucial that you find a trustworthy Buick repair shop near you that can provide low-cost repairs and a guaranteed high-quality standard.

This is arguably one of the most common problems faced by Buick owners. Whether you have a newer Cascada, Enclave, Encore, Envision, LaCrosse, Regal or an older model such as the classic Grand National, Roadmaster, Century, Skylark, Electra, LeSabre, Rainier, or Lucerne, if you have power windows, you have to be prepared to deal with this issue.

A faulty power window mechanism can turn into a severe headache because if the window falls inside the door, as it often happens on Buicks, the glass can shatter; thus increasing the costs of repair substantially. If you are suffering from this issue thankfully, the most likely culprit behind this problem is a cheap plastic component of the window assembly pulley, which can in most cases be easily replaced with a cost effective price included.

Unfortunately, these are far from being the only issues that plague these otherwise fantastic cars. Many Buick owners have reported some serious issues with gas efficiency. Some reports estimate that in some models of Buick SUV’s, the actual miles per gallon estimate is off by almost two miles. Two miles may not seem like much now, but add it up, per day, week, month, year and then boom you notice instead of going on one family vacation this year you may have gone on two instead. Two vacations is better than one!

Buick owners have also found issues with the vehicle’s airbags. In these cases, drivers are reporting that their airbags have deployed in low-speed collisions where the impact has been minimal. Faulty airbags can potentially injure drivers, so it is vital that you take care of this issue preemptively. Is your Buick’s airbag light on?

Is your airbag light on? If so, when the airbags are needed, they may not be there for you in that time of need. Get your Buick to a local repair shop near you ASAP. Have your airbags checked for faulty in-flators, modules, sensors and or whatever else it takes to resolve the issue.

Buick Repair Shop Near Me 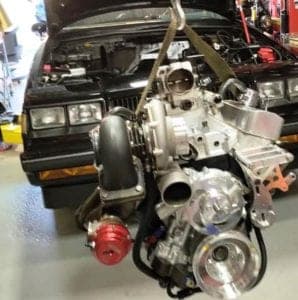 All vehicles will develop some kind of problems over time it’s inevitable. Some makes & models will have issues sooner than later. Some repairs cost more on certain brands than others. By now you are probably thinking that Buicks are the worse possible vehicle to own.

The reality is that Buick’s are fantastic cars. They offer an extreme bang for your buck and above average user experience. Does this sound like a lot of problems to you? Worry not, because some vehicles, the list would be 10, 20, 30 times the length of this article.

In fact, the issues outlined in this post occur across the entire industry. But, if you have a Buick it wouldn’t hurt to find your closest repair shop, get to know the mechanics & technicians because at some point you may need their expertise. Our shop’s name is Last Chance Auto Repair, it doesn’t mean it has to be your vehicles Last Chance.

Are you #Sweating to the oldies and or sweating due to your vehicle's #AC isn't working accordingly? Is your vehicle in need of an #AcRecharge due to the #R134a being low or is the system empty and in need of a #LeakTest? Our team of #AirConditioning experts have all your vehicle's #AcService needs covered, all makes & models, domestic & foreign, A-Z. How can we help you #Plainfield, #Naperville, #Bolingbrook, #Romeoville, Chicagoland Illinois?Call #LastChanceAutoRepair now, later, 24-7, to schedule an appointment.#LastChanceAutoRepairForCarsTrucks12052 S Naper Plainfield RdPlainfield, IL 60585815-577-0327#Trust #FamilyOwnedBusiness #FamilyLove #KeepItLocal #AutoRepairNearMe #Cool #Air ... See MoreSee Less

Searching for brake shops near me? In need of brakes Plainfield, Naperville, Bolingbrook, Romeoville? Last Chance Auto Repair's team of brake experts have been servicing brake systems since 1978 for many reasons. Servicing brakes for all makes & models, domestic & foreign, vehicles A-Z. You brake it...
View on Facebook
· Share