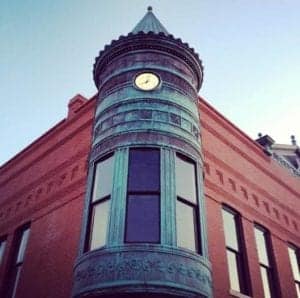 Last Chance Auto Repair is one of the oldest automotive shops in Plainfield, if not the oldest. Being the oldest means years and decades of history is a given similar to Downtown Plainfield 60544 minus the century(s) of time.

Plainfield Illinois along with it’s downtown is filled with rich history. Want to know more about Plainfield, IL? Lets begin with the nearly famous, historic, one and only, beautiful downtown Plainfield. So much history at hand, that Plainfield has to have multiple museums to store it all in: Plainfield Historical Society Main Street Museum & Railroad Museum.

Question: Is Plainfield the oldest community in Will County?

Answer: Yes, Plainfield Illinois is Will County’s oldest community. Walkers’ Grove hence Plainfield’s earliest settlement was established on the banks of the DuPage River in 1828 according to the local history books.

Answer 1: In August 1834 a Chester Ingersoll platted a town that is now known as Plainfield just north of the 1828 settlement of Walkers Corners. 5 months later in December a Levi Arnold purchased the land directly North of Ingersoll’s and then began to subdivide it up. Over time this location would later become the Downtown Plainfield Historic District.

Answer 2: Well before the earliest white settlers, there was a large community of Potawatomie Indians that had settled in the woods and prairies up-and-down the banks of the DuPage River, where they hunted, fished and raised their families.

Downtown Plainfield offers just about anything and everything imaginable that a big city would have just on a smaller scale with a more laid back and relaxing vibe included. In Plainfield, Downtown is the place to go on a Thursday, Friday, Saturday evening. Count on dining, entertainment, drinks and beautiful scenery that is made for walks, stimulating conversations and bands to rock out to.

The downtown gets quite packed for the nearly famous summertime car shows that happen every Tuesday. You can count on some very impressive automobiles, from old to new, people come from all over Chicagoland Illinois plus beyond.

Vibrant & historic, people orientated (family, friends, lovers) location based in Chicago’s South West Suburbs. Downtown is a great place to go on the weekends, weekdays and or evenings. Enjoy shopping for fashionable items, delicious foods, some neighborly conversations and entertainment including: comedy, bands, parades to say the least. Come out and help support aka show some love to the best local businesses in the burbs, get to know your neighbors and come see what Downtown Plainfield, IL, has to offer.

Auto Repair In Plainfield
Thursday, November 10, 2016
★★★★★
“ I had a great experience with Last Chance Auto Repair. I have never needed a real auto shop until now. Up until now, my dad was my mechanic, since I drove newer cars that didn't need more than regular maintenance. I didn't even know the first thing about calling a tow truck. Who do I call? Where do they take my car? My husband's car wouldn't start on a Tuesday morning. After replacing the battery, the car still would not start. On Wednesday morning, I called Last Chance, who has their own towing service. By Wednesday afternoon, tow truck driver Zach had picked up the car. By Thursday afternoon, I spoke with Sheri who quoted me exactly what the problem was and the price. She followed up with a second phone call to tell me that, in order to replace the starter, they had to remove and replace something to get to the starter. The heads up was much appreciated; I like that I can trust this place to contact me before ringing up a bill in my name. I didn't hear from anyone all day Friday, so I called on Saturday afternoon to investigate. I spoke with Ron, whom I spoke to during several other phone calls, but I could tell by his tone that he was definitely distracted and busy. There's a reason he works with cars and not people. Don't let his dry humor or shortness deter you from getting your car fixed here. The car was ready to pick up on Saturday, so we drove over. The garage is tiny, and it seems that there aren't a ton of employees, so if you're ringing their phone off the hook, there probably isn't anyone there manning the phone. It was a little frustrating at times talking to Ron, he always sounded surprised ("we have a Honda Accord here?"), but during most phone calls he was quite pleasant. Zach and Sheri were also very courteous and polite on the phone. When all was said and done, replacing the starter (including some gaskets and something else), plus the cost of the tow truck, minus the 10% off Yelp check-in deal, we spent around $450 - basically a car payment, which is by far better than being strapped with monthly payments.”
- Angela P
Downtown Plainfield
12052 S Naper Plainfield RdPlainfield,IL
8155770327$100 - $130 Overall rating: ★★★★★ 5 based on 108 reviews.
5 1
Anonymous

Having radiator problems near me? www.lastchanceautorepairs.com/radiator-repair-shop-near-me-plainfield-ilLooking for a radiator repair shop Plainfield, Naperville, Bolingbrook, Romeoville, that you can trust & afford? Last Chance Auto Repair is that local radiator repair shop you can count on. How can we help you?Servicing vehicle radiators A-Z. Offering top notch radiator replacement, radiator flushing, heater core servicing, stock, performance to custom radiator services. If you are having radiator problems and your vehicle is overheating or if you are just looking for a quality cost effective radiator shop near me for some radiator maintenance, our team aka radiator shop has all your radiator service needs covered.#Radiator #RadiatorReplacement #RadiatorService #RadiatorFlush #RadiatorShop #HeaterCore ... See MoreSee Less