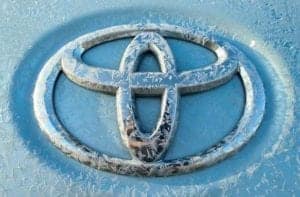 Is it time to start asking yourself the question, “Where is the best Toyota repair near me?” If you feel that your Toyota needs a little bit of TLC and you live in Plainfield, Naperville, Bolingbrook, Romeoville, then you are in luck!

Have you been wondering where to take your ailing Toyota? Well, wonder no more! Our team at Last Chance Auto Repair has you covered whether you drive a Prius, RAV4, Corolla, Camry, Yaris, Auris, Avalon, Mirai, 86, MR2, Celica, Supra, Matrix, T100, Tundra, 4Runner, Tacoma, Highlander, Sequoia, Sienna, or Land Cruiser. 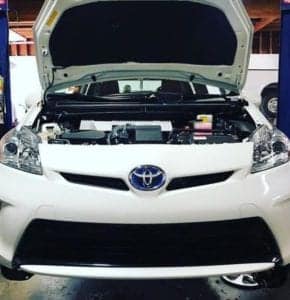 Over the last couple of decades or so, Toyota has emerged as one of the world’s most reliable and consumer-friendly brands in the automotive industry. In fact, in a recent list of the 100 most influential brands published by INTERBRAND, Toyota ranked number 6. It was the only automotive maker included in the top ten.

Toyota is a benchmark in the automotive market thanks in part to the quality of its manufacturing processes, which have established a new standard of quality known as “Toyota Quality”. Reliability is Toyota’s primary strength; as such, their turn around, second-hand, resale or trade in value, is usually very high.

Currently, Toyota’s range of vehicles is one of the most complete in the market, from family cars & vans to work trucks & performance vehicles. Don’t forget about vehicles like the Yaris and the Prius leading the vanguard of sustainability due to their hybrid nature of options. But if you already own a Toyota, then I am preaching to the choir.

Toyota Service Shop Near Me 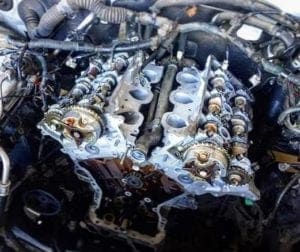 Is your Toyota due for service or repair?

No matter how reliable and well-built a vehicle is (and we already established that the Toyota brand is among the best in those categories), at some point, you’re going to be left wondering “where is the nearest Toyota repair shop near me, that I can trust & afford?

Components do wear, tear and or break over time, eventually performance will deteriorate, how rapidly all this happens typically depends on if you believe in Toyota maintenance aka preventative maintenance. The longer you wait to bring your car in for servicing, the more likely that a big, costly problem will arise. Don’t break it, maintain it.

Servicing your car properly at a Toyota repair service shop is the easiest way to ensure your vehicle stays working as it should, and that it maintains its market value hence a good resale, trade in, after initial purchase value if need be.

If you are in the Plainfield, Naperville, Bolingbrook, or Romeoville area and you want your Toyota to have better fuel-efficiency, safer handling, reliable braking, and a long-lived engine, then get in touch with the experts over at Last Chance Auto Repair. 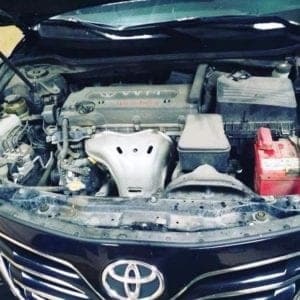 Don’t worry about bringing your Toyota to the wrong shop, here at Last Chance Auto Repair in Plainfield, IL, aka the local Toyota expert is reliable, flexible, cost effective and as ethical as they come. We service the entire range of Toyota vehicles from new to old we have you covered. We have the expertise to efficiently and effectively fix and service your car.

We know the ins and outs of all Toyota models hence we know Toyota like we know the backs of our hands. Count on our Toyota repair shop for all your Prius, RAV4, Corolla, Camry, Yaris, Auris, Avalon, Mirai, 86, MR2, Celica, Supra, Matrix, T100, Tundra, 4Runner, Tacoma, Highlander, Sequoia, Sienna, or Land Cruiser service needs.

We specialize in brake service, engine work, timing belts & chains, shocks & struts, suspension, A/C repair, transmissions, electrical, emissions, rims and tires, exhaust, radiators, clutches, etc. From a simple oil change to the more complex differential or transmission rebuild service to towing your Toyota over to our repair facility. How can we help you?

Whatever is broken or due for servicing in your Toyota, we can fix it, service it, make things right. Our team is, without a doubt, the best Toyota repair shop in Plainfield, Naperville, Bolingbrook, Romeoville, Chicagoland, Illinois.

Best Toyota Repair Shop In, Near, Around, Plainfield, IL 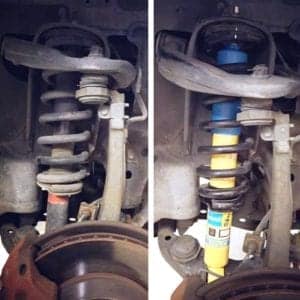 Toyota is a very reliable vehicle, but not that reliable, because if they were we may not be in business. Here are the most common known Toyota repair and service issues:

Excessive Oil Consumption: Is there an oil light illuminating on your dash board, staring into your eyes, trying to tell you something? We have noticed as of late that many of our customers come in with “oil pressure” warning lights only halfway through their service cycle. Whatever the root cause, it is entirely too early to occur.

This is a serious issue because, in the best-case scenario, you end up spending more money than necessary on oil. In fact, some customers complain about having to get their oil changed after only 1,000 miles. However, in a worst-case scenario, you ride around with an oil-deprived engine, not knowing that you are about to wreck it completely.

Stop by Last Chance Auto Repair in Plainfield, IL, aka the best Toyota repair shop near me aka the local Toyota expert to have your oil checked by a professional free of charge. Play it safe, don’t cross your fingers and hope for the best.

Engine Sludge: Owners of certain Toyota models such as the Camry, Celica, Highlander, Solara, and Sienna, have had to deal with sludged-up engines on occasion. Invariably, sludge build up on your engine valves can result in eventual total engine failure.

What causes this oil sludge situation? Well, for the most part, the appearance of this sludge or ooze is due to the oxidation of engine oil under high temperatures. Thankfully and lucky for you, this problem is easily solved with regular upkeep and maintenance at your local Toyota repair shop aka our auto repair shop near you.

A number of issues may be behind Toyota’s common transmission woes, for example, a transmission fluid leak, faulty torque converters, damaged needle bearings, damaged solenoids, and overheating  due to a restriction in your cooling system just to name a few. Therefore, it is crucial that you bring your Toyota to a reputable repair shop to get it serviced before it snowballs into a larger more costly problem.

If you own a Toyota in the Plainfield, Naperville, Bolingbrook, Romeoville, Chicagoland Illinois area, regardless of its model and year, swing on by Last Chance Auto Repair and have our team of expert mechanics take a detailed look.

We have decades of proven service history under our belts and have grown a reputation for offering the highest-quality Toyota service in the Midwest. If you want the best Toyota service near me, you need to call the best. How can we help you?

Is your vehicle having #AirConditioning problems? Our team of #AC experts have all your vehicle's #AcService needs covered, all makes & models, domestic & foreign, A-Z. Call our team at #LastChanceAutoRepair now to schedule an appointment. How can we help you #Plainfield, #Naperville, #Bolingbrook, #Romeoville, Chicagoland Illinois?www.google.com/maps?cid=3195904950708136624Last Chance Auto Repair For Cars Trucks12052 S Naper Plainfield RdPlainfield, IL 60585815-577-0327 ... See MoreSee Less

Searching for brake shops near me, Plainfield, Naperville, Bolingbrook, Romeoville, Chicagoland Illinois? Need brakes that you can count on, trust & afford? You brake it, we'll fix it, domestic & foreign vehicles A-Z. The local brake expert aka Last Chance Auto Repair has all your brake service need...
View on Facebook
· Share